My fine state is in the news again and, as usual, it’s not for good reasons. Jesse Ventura, one of the primary reasons my state gets in the news from time to time, filed a lawsuit against the estate of Chris Kyle for defamation. Yesterday the suit ended in Ventura’s favor and this has sparked some angry responses. Images like this one have been popping up on my various social media feeds: 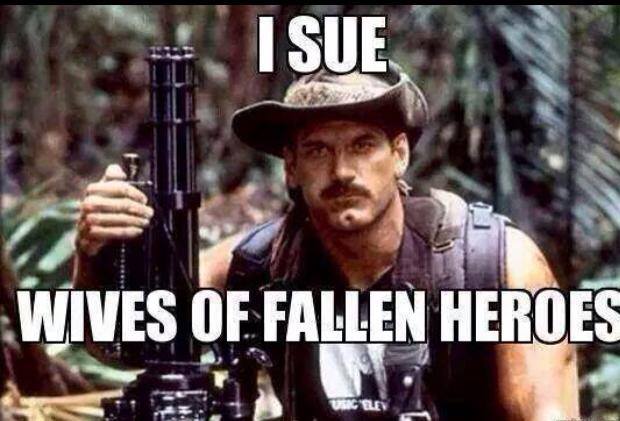 The whole fallen heroes angle isn’t my thing and I’m not angry about the lawsuit. I’m mostly asking myself what the point of the suit was. While I understand that Ventura felt his reputation was harmed by Kyle’s claims the fact of the matter is the man is dead. That meant Ventura had to go after Kyle’s estate, which is headed by his widow.

Perhaps I’m just getting soft in my old age but if I believed somebody defamed me and they died I wouldn’t pursue any lawsuit against their estate. Why make family members who already suffered through a grieving period go through more suffering? They didn’t do anything. Arguments could be made that they profited off of their family member’s act of defamation but common decency would still prevent me from seeking a lawsuit against them for something a dead man said.

I’m not going to invest any time in bad mouthing Ventura. While I do understand that Kyle was very good at what he did I don’t know enough about his actions to know whether I should label him a hero or not. I reserve the status of hero for people who have done exceptionally great things such as saving thousands of lives or displaying incredible acts of mercy and I’m not sure if Kyle falls into those categories. But whether he was a hero of just a man who was very good at his job doesn’t matter to me in this regard. You should be free to seek restitution for any wrongs that even a hero may have done to you. But the lawsuit, in my opinion, was in bad taste.