“You must oppose abortion, in any circumstances.

“You must uphold the right to have guns, all kinds of guns.

“You must endorse the idea of a balanced state and federal budget, whatever it takes, even if your primary responsibility is to be sure the county budget is balanced.

“You must be faithful to your spouse. Your spouse cannot be a person of the same gender, and you are not allowed to favor any government action that would allow for civil unions of people of the same sex.

“A compassionate and moral approach to Teen Pregnancy;

“A commitment to Peace Through Strength in Foreign Policy; and

“A high regard for Unites States Sovereignty.”

Now I question a the sincerity of many of these points. For example, I doubt they mean members must uphold the right to have all kinds of guns. In my experience Republicans, while claiming to support gun rights, tend to get very squeamish around things such as grenade launchers.

The statement about spouses really takes the cake though. Republicans, at least the ones I know, seem to have a problem with faithfulness. I know several local Republicans that ended up having affairs at the last Republican National Convention and a few even ended up getting divorced. From what I’ve been told this is a common problem within the party. The fact that members of the party must also pledge against supporting any government action that would allow for same-sex marriages is laughable. Republicans always claim to be the party of small government. Getting the government entirely out of the marriage game would greatly reduce the size and power of government but would necessarily allow for same-sex marriages. Catch-22, Republicans.

I also enjoy the quip about a peace through strength foreign policy. Do you know what that makes me think of? Kane: 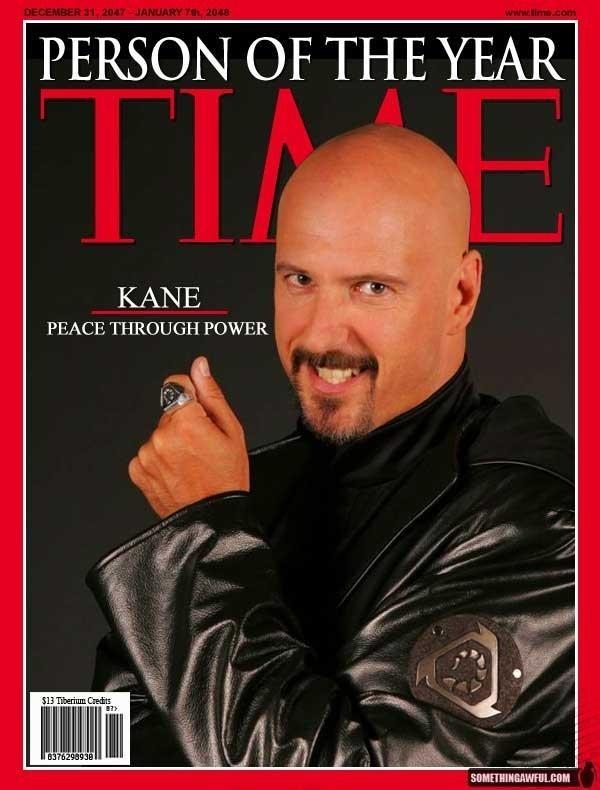 Granted, unlike Republicans, Kane was actually competent at fulfilling his goals. But it’s nice to see the Republican Party’s rhetoric reflects that of the supreme bad guy of the original Command and Conquer series.

Besides being incredibly pathetic this pledge also demonstrates why the Republican Party is having such a tough time getting new members under the age of 500 billion years old. My generation cares far less about social issues than the one before it and it’s likely the generation after mind is going to care even less. So as long as the Republican Party continues pushing social issues it will find itself becoming more and more irrelevant in this country’s politics.