The Republican Party likes to market itself as the party of freedom. Here is a sign listing items prohibited from the Republican National Convention (RNC) this year: 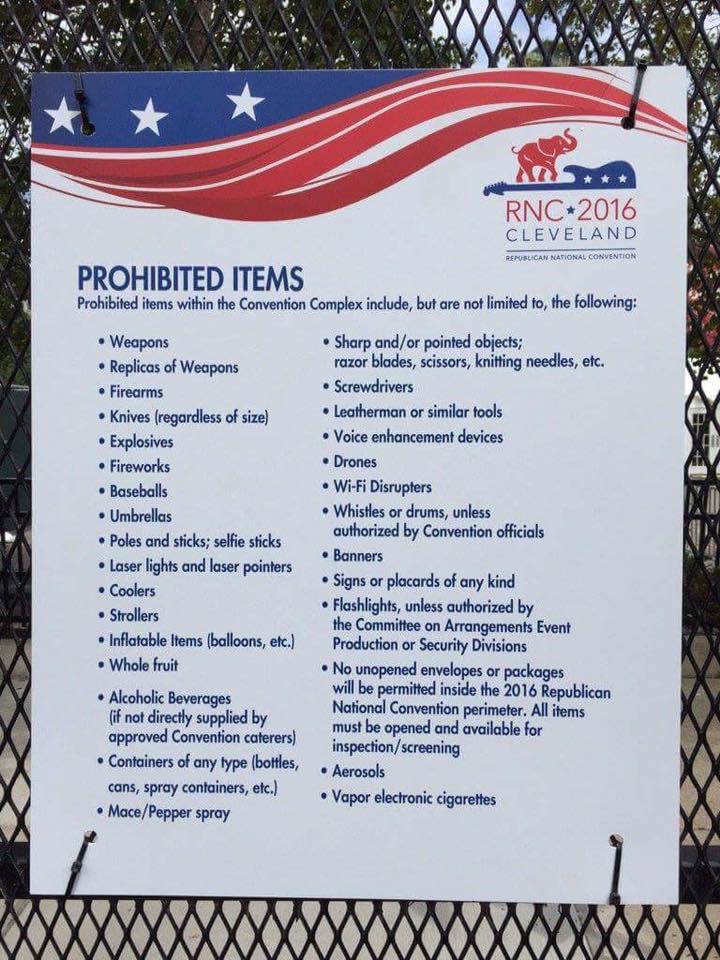 The first thing that probably pops out to most of you is the prohibition against weapons. While the Republican Party likes to pay lip service to gun rights its actual support is far less enthusiastic than advertised. When I point out this common restriction at Republican Party events many people are quick to tell me that the Secret Service, which many Republican Party politicians use for protection, dictates that rule. However, nobody is required to utilize Secret Service protection. If these Republicans actually cared about the right of the people to keep and bear arms they would tell the Secret Service to buzz off unless it utilized a ruleset that also respected the rights of individuals. But they don’t care about gun rights beyond lip service.

Some of the other restrictions are just bizarre. No umbrellas? If it rains I guess convention goes can just suck it up and deal with being wet. No strollers? I guess I agree that politician conventions are no place a responsible parent would take their small child. But political types always want to start brainwashing children at a young age so this prohibition seems out of place. No whole fruit? Does that mean sliced fruit is okay? What about whole vegetables?

I think the sign speaks volumes about the Republican Party in general.

2 thoughts on “Freedom at the Republican National Convention”