For being a super power the United States certainly doesn’t put much effort into its monuments. The Washington monument, for example, is just a giant phallus. The Lincoln Memorial is a bit neater since it does have a giant statue of a man on a chair. Mount Rushmore may be one of our most impressive monuments but it’s still just the faces of four dudes carved into stone. Other superpowers put a bit more effort into living up to the title. China, for example, just showed us who’s boss by building a gigantic 1,350-ton statue of a war god:

The statue has just been unveiled in Guan Yu Park in Jingzhou, China. It’s 58 metres (190ft) tall and weighs over 1,320 tonnes, and it contains over 4,000 strips of bronze. It was designed by Han Meilin, who is probably best known for his designs of the 2008 Beijing Olympics mascots, and the monument is so big that there’s even an 8,000sqm museum inside it! Guan Yu lived during China’s turbulent Three Kingdoms period. He carried an axe-like weapon called a Green Dragon Crescent Blade, which has been immortalised with him as part of the statue. The only difference is that the weapon now weighs 136 tonnes!

It truly puts everything the American Empire has built to shame. Not only is it huge but it also looks awesome: 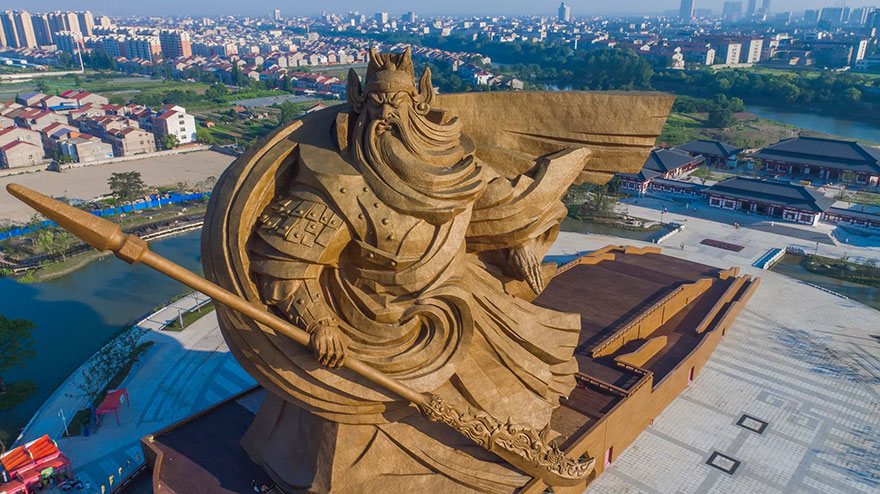