I finally upgrade my main system to OS X Yosemite. Why didn’t I upgrade it earlier? Because GPGTools, which I use for secure e-mail communications, wasn’t compatible with the new version of Mail. However the great team working on GPGTools released a beta earlier this month of a compatible version of their tools.

I’m happy to report that the beta works quite well (at least as far as my testing is concerned). One thing to keep in my is that the GPGTools team is going to charge for the final release of this updated tool. I have no problem with this because they do excellent work and have committed themselves to keeping the tool set open source. But Thunderbird and the Enigmail plugin are still free, which is something you may want to consider.

I’ve annoyed a great many electrons explaining how to free yourself from “the cloud” (online services controlled by the likes of Microsoft, Yahoo!, and Google). The reason I advocate individuals use self-hosted services is because it’s more difficult for creepers like the National Security Agency (NSA) to collect all of your data. As an anarchist the state is one of the most common malicious attackers in my threat models. But after gaining some experience helping somebody deal with a surveillance happy significant other I’ve finally had to consider other threat models. Namely models involving local threats. This is where “the cloud” comes in.

Consider a domestic abuse situation. The threat is likely going to be somebody who lives with you and therefore has physical access to your devices. Physical access is the death knell of any security setup (although with encrypted data storage the difficult of exploitation, assuming the threat isn’t using rubber hose cryptanalysis, has greatly increased) so what can you do? Move your data to “the cloud” and access it with anonymizing tools.

The last part is very important. If you access your “cloud” data from your normal machine using the standard tools there will be records left all over the place. However, if you use something like a Tails boot disk, which doesn’t write anything to any storage media by default and pumps all Internet traffic through Tor to render local network monitoring tools impotent, there will be very little evidence of you having created or access any data (although Tor doesn’t hide the fact that you’re using Tor, which is something to keep in mind if your network is being monitored locally).

In a situation where the data you create could agitate your threat it’s best to make sure that data is hidden. I haven’t really had time to go over the finer details of this threat model so what I’m writing here is simply a very brief introduction to something I’ve had to consider recently. Much more work is necessary on my part and I will try to post updates of what I come up with in the hopes it can help other people.

I didn’t get around to posting a Monday Metal this week so we’re going to celebrate the dismal day of people crushing one another in a consumer mosh pit to save $1.50 on a television with some appropriate metal. Welcome to Black Metal Friday. Obviously we’re going to start this shit off with some Immortal:

Every year I see footage of consumers stampeding into Wal-Mart like some kind of damned Mongolian horde. The only black metal band that can capture that image is Tengger Cavalry:

I’m also going to toss in some Bathory because why the fuck not:

If there’s one thing I love it’s games where you get to pilot heavily armed giant walking robots. While this category can be fairly niche (especially since I tend to lean more towards giant robot simulators) the Armored Core series is the most niche of the niche. Sadly my Xbox 360’s disc drive has been unusable for a few years. I finally got around to not being a cheap ass and getting a new 360, which means I can now play Armored Core 5, which means I wasn’t blogging last night.

But, seriously, this is pretty hard to turn down:

I’m also happy to report that Armored Core 5 pretty much requires an engineering degree in order to play, as it should.

One of my friends sent me some quality fear mongering. We’re not the usual namby pamby bullshit that gets tossed around during political debates but straight up claims that sexual predators will get your children if said vote passes:

Michelle Duggar of TLC’s 19 Kids and Counting is warning Fayetteville residents that transgender people are child predators and that the law will somehow protect that predatory behavior.

“Hello, this is Michelle Duggar. I’m calling to inform you of some shocking news that would affect the safety of Northwest Arkansas women and children.”

“The Fayetteville City Council is voting on an ordinance this Tuesday night that would allow men – yes I said men – to use womens and girls restrooms, locker rooms, showers, sleeping areas and other areas that are designated for females only. I don’t believe the citizens of Fayetteville would want males with past child predator convictions that claim they are female to have a legal right to enter private areas that are reserved for women and girls. “

File this under government so small that it fits in your bathroom. Last year Arizona was looking to dictate who could use what bathroom backed with the threat of honest to goodness prison time. But I don’t think the fear mongering, at least that I found, reached this absurd of a level.

First of all, with all due respect (which is none) to Duggar, a transwoman is not a man. You have to be a pretty ignorant fuckstick to think that (to all those who I just offended please feel free to file a complaint in the comments below and I will explain why you’re an ignorant fuckstick when time is available).

Second, does Duggar even have a single example of a male child predator attempting to pass as transgender for the explicit purpose of preying on young girls? I didn’t think so.

This is another example of collectivist bigotry that can’t help but resort to fear mongering in a sad attempt to get others to hate a group of people. It wouldn’t be so bad if everybody recognized fear mongering for what it is but many don’t and that leads to good people getting hurt. 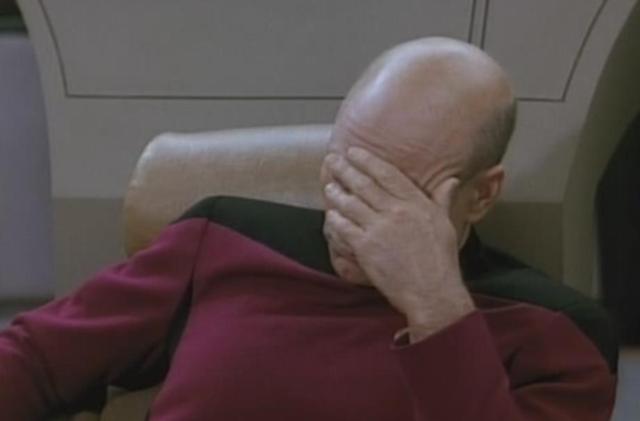 I guess it needs to be said again. Ferguson is not in a state of anarchy. What Ferguson is in is a state of, well, statism. Due to the fact that the same entity that controls the police also controls the courts there is a severe lack of trust amongst the people. This is an inevitable side-effect of any system where one group of people hold power over other people. Eventually the subjugated people feel as though they have no options so they lash out.

Coercive hierarchy is a bitch.

The grand jury decided not to indite Darren Wilson to the surprise of nobody (what with Mr. Wilson having that magical liability deflecting badge). Also surprising nobody is the reaction, which involves a whole lot of civil unrest. I don’t have much to say on this that I haven’t already. When you have a small handful of people holding a monopoly on “justice” few proles are going to take it seriously.

Anyways this kind of new always puts me in an Arch Enemy mood so here you go:

Not that I’m ever not in an Arch Enemy mood.

Modern versions of Windows, Linux, and Mac OS all have built-in utilities to completely encrypt the contents of your hard drives. Use these tools. Many people don’t encrypt their drives because they believe they have nothing to hide. But encryption your drive also protects against individuals altering the contents on your drive. This can be very valuable.

While an operating system will attempt to prevent unauthorized users from altering files or installing software when it has been booted by it will be rendered powerless if another method is used to boot the system, such as a boot disk. An encrypted hard drive, on the other hand, cannot be written to (any alteration of the encrypted data will appear to be garbage when you attempt to decrypt the drive) unless it is decrypted with the appropriate key.

That means an encrypted disk will prevent an attacker with physical access from installing software keyloggers, rootkits, and other potentially troublesome forms of malicious software.

I spent a decent portion of last night helping somebody deal with this scenario. As a related side note if you suspect your jealous and/or abusive significant other of having installed surveillance software on your system feel free to contact me. I will provide what assistance I can and I won’t charge a dime. 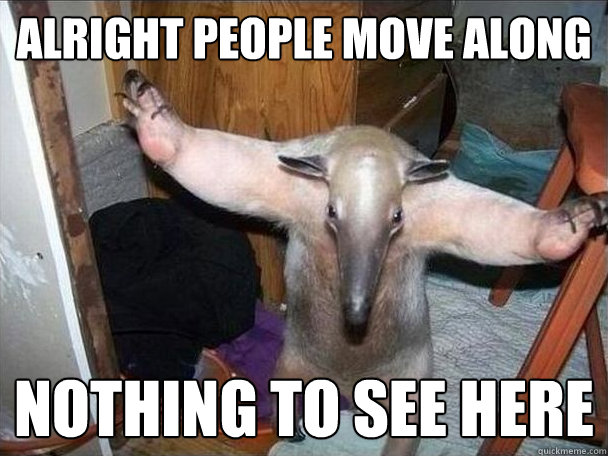 I’ve got a wedding to officiate. You guys entertain yourselves.

It appears that the tyrannical Russian regime has become slightly less tyrannical by allowing serfs to use self-defense as a justification when begging their lords for permission to carry a firearm:

In an amendment to its tough gun control laws, the Russian government eases restrictions, allowing citizens to carry licensed weapons for the purposes of ‘self-defense.’

Until now Russian gun enthusiasts were only permitted to carry firearms for hunting or target shooting after obtaining a license through the Interior Ministry. Russian gun licenses are to be renewed every five years, and applicants face strict background checks and are required to take gun safety courses. 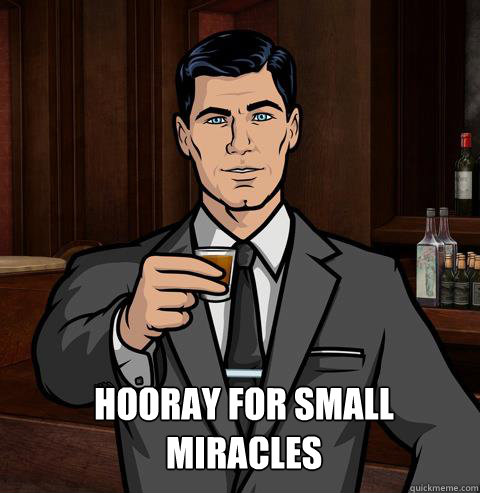 But seriously, it’s awful nice of the Russian lords to give the serfs this little indulgence. What I will be interested in seeing is how may permits the Russian government will actually issue where self-defense is listed as the justification.