I don’t have much for you guys today since I spent last night sighting in an AR-15 I finished building: 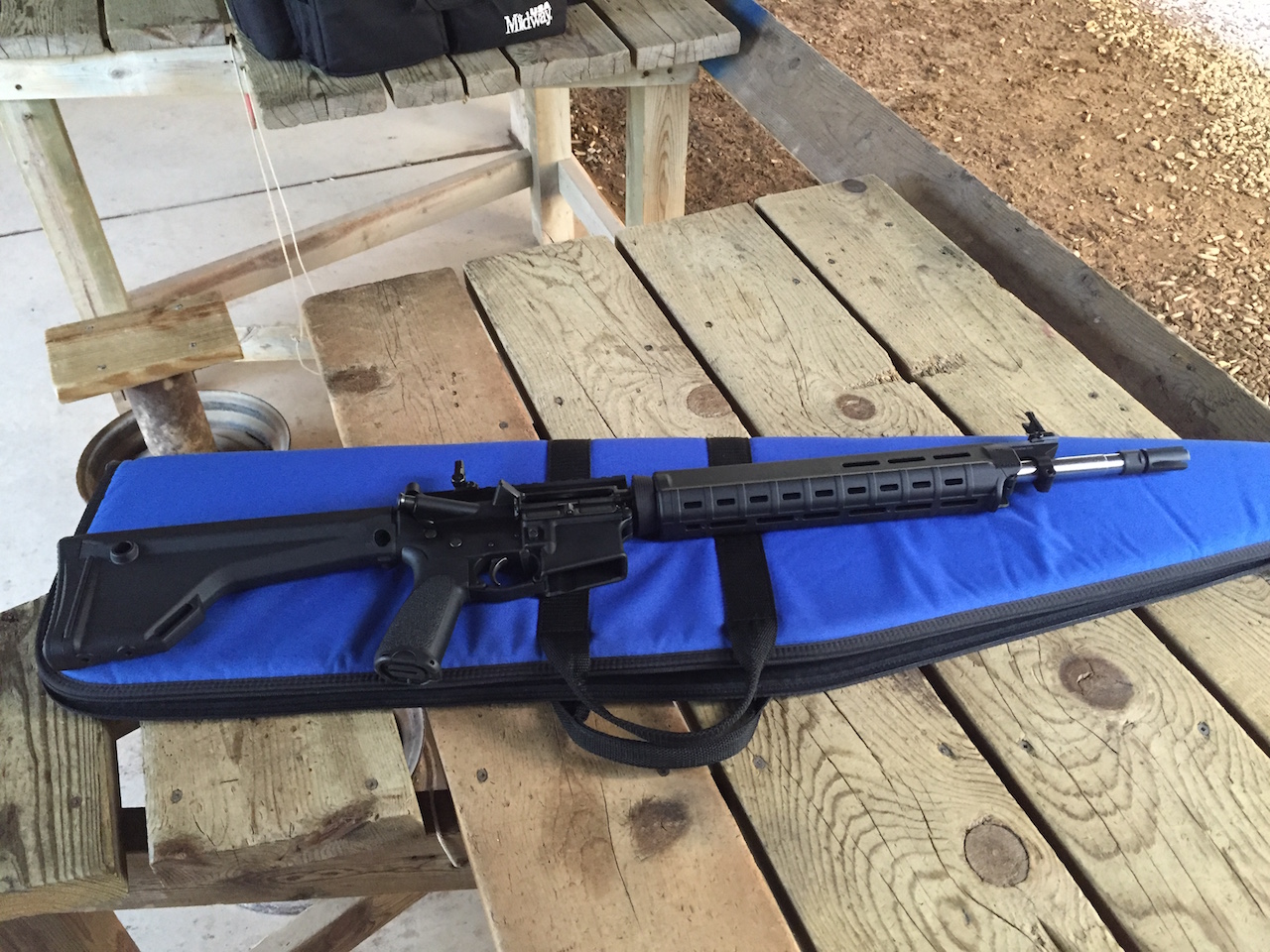 As you can see, it’s nothing terribly fancy but it shot well. I put 100 rounds through it yesterday and experienced zero malfunctions. It’s more accurate than I am but that’s not saying a whole lot. I think I’ll end up replacing the trigger at some point. The Bravo Company trigger isn’t bad but I have a far better trigger in my AR-pattern .308 and I’m kind of missing it. On the other hand I really like the Magpul Battery Assist Device. I wish I could fit one on my .308 but the upper receiver isn’t cut out enough for one.