Neoconservatives, the alt-right, and even a lot of libertarians are unable to contain their enthusiasm for Trump’s order to build a wall between Mexico and the United States. Why would these supposedly fiscally conservative individuals cheer on the construction of a multi-billion dollar wall that won’t accomplish anything? Because they are under the mistaken belief that a mass migration of immigrants into the United States will cause a loss of individual liberty. Like the boogeyman, this is an entirely imaginary fear as Dr. Robert Higgs so eloquently explained on Facebook: 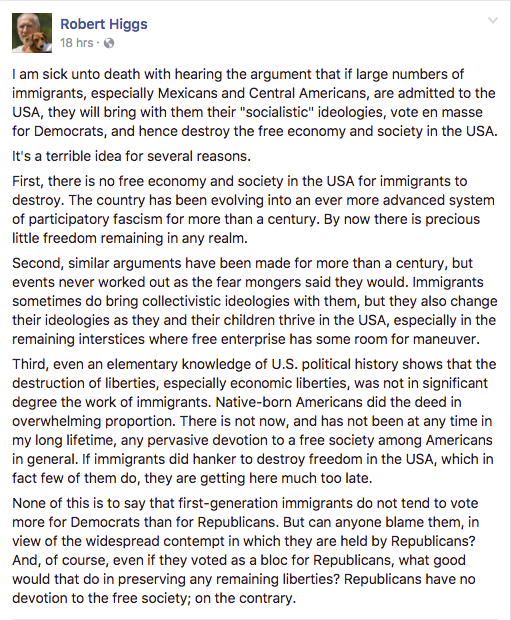