There has been an upsurge in what I like to call libertarian nationalism. I’m sure you’re aware of the type of individual I’m talking about. They usually claim to be libertarians but also claim that the only way to fight the “leftists” is through tactics that look, walk, and talk like fascism. They remind me of a quote from Ludwig von Mises’s Omnipotent Government: 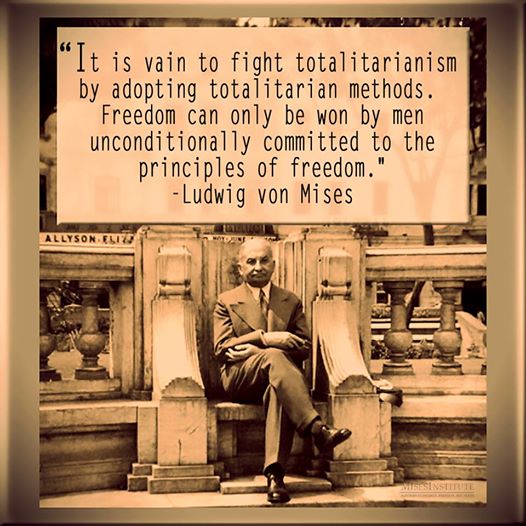 Libertarian nationalists subscribe to the idea that the ends justify the means (which is also the idea that communists tend to subscribe to). However, the ends always reflect the means. If you use totalitarian means you will get totalitarian ends. On the other hand, as Mises pointed out, if you use the unconditional principles of freedom then you will get freedom in the end.