Mother nature again proves that it was metal before the gods of metal bestowed the heavenly music upon us:

This assassin bug sticks the corpses of it’s devoured prey (ants!) onto it’s back for camouflage and to hide it’s scent from other ants. On top of being an obvious “meat shield”, this also allows the assassin bug to infiltrate ant colonies while posing as one of their own.

And this is what the thing looks like walking around with the corpses of its enemies stuck to it: 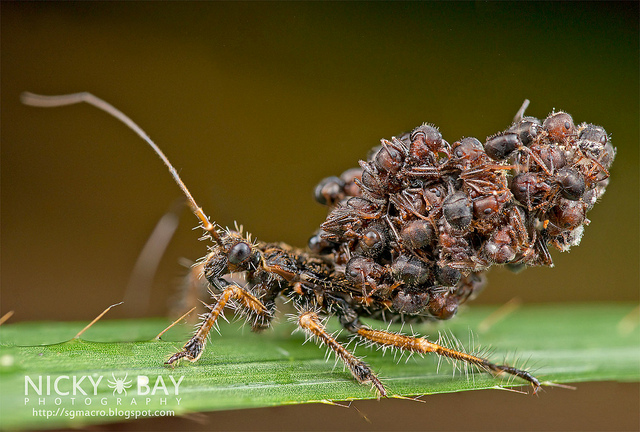 Obviously this thing belongs on the cover of a death metal album. In fact this song came to mind as I was reading about nature’s little genocide machine: