Friday the goons over at Moms Demand Action (MDA) posted the following tweet:

SHARE: Women in the US are 11X more likely to be killed with a gun than those in peer nations. #MomsDemand #GunSense pic.twitter.com/Ma2Dls8ZgM

Here’s a screenshot just in case the tweet falls down the memory hole (which seems to happen with alarming frequency on any Twitter account controlled by gun control advocates): 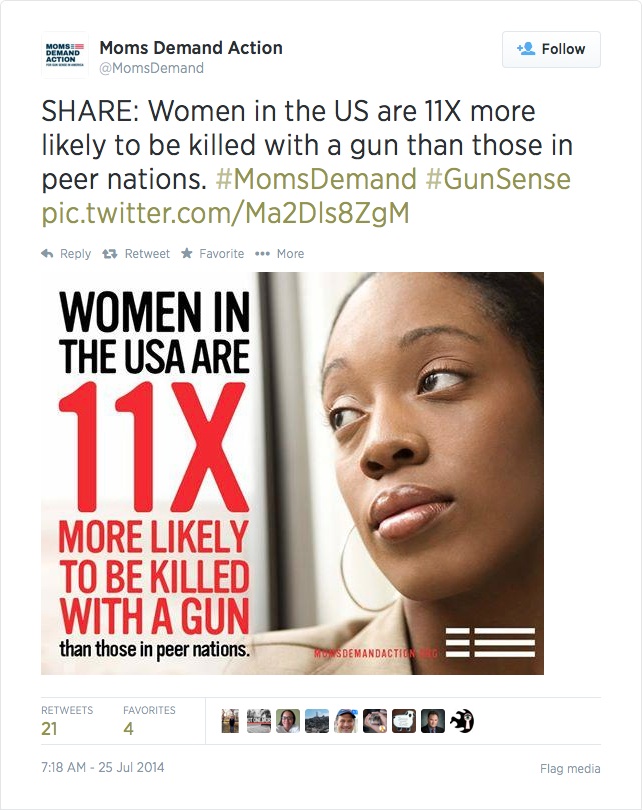 This caused Linoge and myself to wonder what a “peer nation” is: 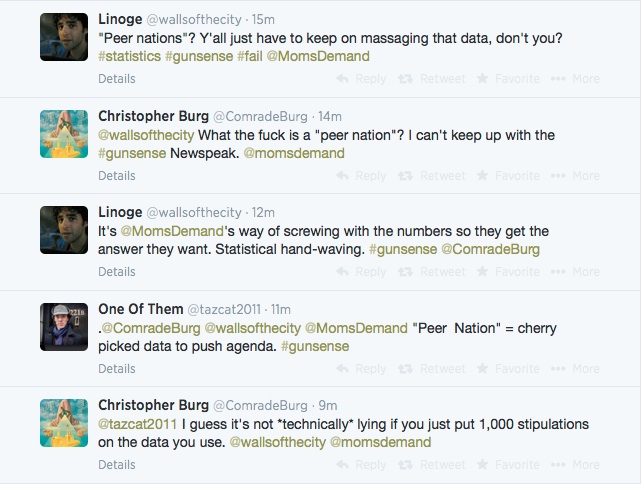 We see with this tweet by the folks over at (MDA) a common tactic used by gun control advocates: massaging data. In almost any of the reports issued by any of the major gun control organizations there are terms such as “developed nations” and now “peer nations” scattered about within. These terms have no definite meanings, which makes them convenient stipulations on the data being used.

I could, for instance, claims that a “peer nation” is any nation that relies predominantly on coal to generate electrical power, possesses one or more aircraft carriers, has a population made up predominantly of people who hail from another part of the planet, consume beef as a primary form of meat, have no laws prohibiting the consumption of alcohol but heavily restrict its sale and manufacturing, and has at least two cities with a population greater than one million. Doing so would lead to absolutely useless data but I could make claims without technically lying. This is what gun control advocates have been resorting to. I wouldn’t be surprised if they start with the results they want and continue to add stipulations onto what qualifies as a developed or peer nation until they get the data necessary to match their results.

The thing is if you have to add so many stipulations to get the results you want then you’re working with meaningless data. Massaging data until you get a desired result doesn’t allow you to identify anything of value. You have to start with an honest data set, calculate the results, and work from there. But like the government, gun control advocates know if they worked with an honest data set they wouldn’t have a case.