Hillary Clinton, a person so callous that she literally laughs about murdering people, has thrown her hat into the presidential ring. Her announcement obviously fired up the Democratic base, right? Wrong. As it turns out even the most pious Democratic supporters are having a difficult time justifying their support for a Republican. One of my friends, who is as pious of a Democrat as they come, posted the following meme on Facebook: 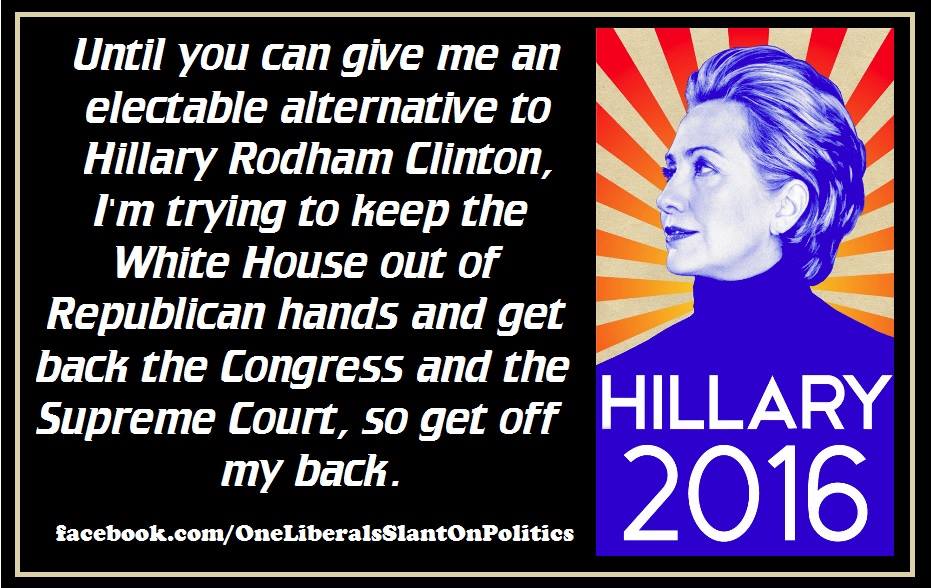 For as long as I’ve known him my friend has been a true believer in the Democratic Party. Anything the party said became gospel; facts to the contrary were always ignored or spun as Republican propaganda. When Barack Obama ran the first time my friend was one of the biggest anti-war activist I knew. During Obama’s second presidential campaign, after he spent four years proving he was as much of a war hawk as his predecessor, my friend dropped the issue of war entirely. Even he cannot come up with a better reason to support Hillary other than she’s not a Republican.

The Democratic Party better start praying that Elizabeth Warren throws her hat into the presidential race. If Hillary can’t even get the true believers of her party enthusiastically supporting her then it’s going to be hard to sell the majority of people in this country gullible enough to vote.