Michelle Bachmann has good news for us all. The Eschaton has been immanentized! That’s right, Jesus is coming back:

Former Congresswoman Michele Bachmann (R-MN) predicted in a recent interview that President Barack Obama’s handling of the Middle East was a sign of the End Times and that Jesus Christ would soon return to Earth.

But even though Bachmann lamented that Barack Obama’s nuclear deal with Iran was “pro the goals of Islamic jihad,” she said that the coming End Times were a reason to celebrate.

“These are not fearful times, these are the most exciting days in history,” she insisted. “Talk about what you see in the newspaper. We can talk about God’s time clock and the fact that Jesus Christ’s return is imminent. Is there anything more important to talk about?”

Jesus is coming back and Obama is responsible. Thanks, Obama! As A Geek With Guns exclusive I’ve also obtained a photograph of behind the scenes of the Iranian nuclear negotiations: 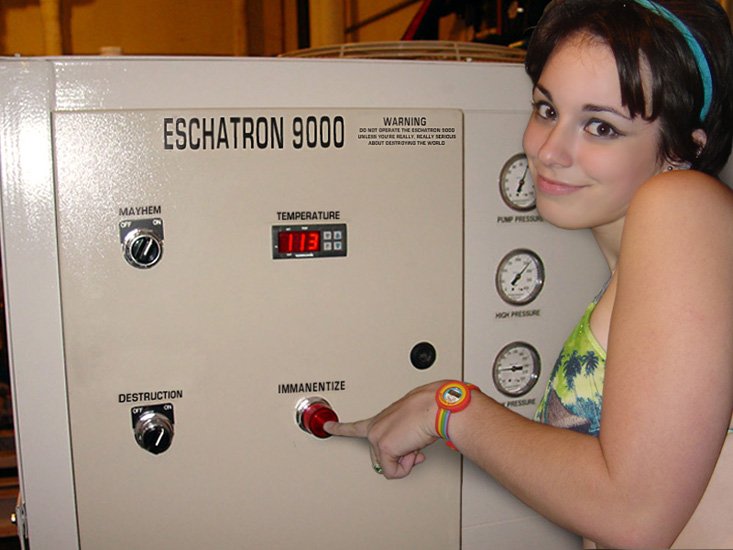