The Internet, although overall a glorious invention, is rife with bullshit. Unfortunately a lot of the bullshit seems to be widely circulated.

Several of my friends shared a story about all shipping traffic between Europe and the United States stopping: 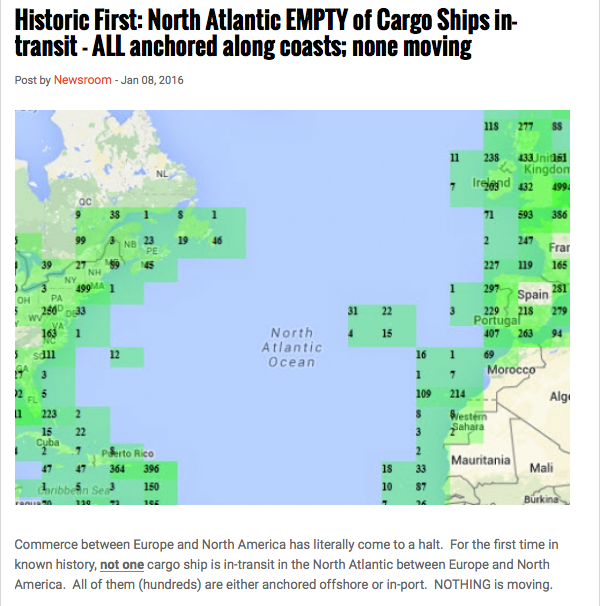 This story was posted on such reputable sites as SupreStation95 and We Are Change (reputable, like a hipster’s stupid wardrobe, was ironic in this case). And who could argue with it? There’s a map right there clearly showing no ships between Europe and the United States, right? Wrong.

The map is taken from MarineTraffic, a website that gives a live view of ships throughout the world. It uses data collected from ships’ Automatic Identification System (AIS). But the idiot who wrote the story didn’t read MarineTraffic’s FAQ. If they had they would have realized that AIS utilizes ground stations to detect ships and has an approximate range of 15 to 20 nautical miles. Once a ship is outside of the range of any ground stations it is no longer trackable by MarineTraffic. Since there is a lack of landmasses in the Atlantic there are no ground stations to pick up ships’ AIS.

File this under “Life Lessons: Don’t Believe Everything You Read.” With that said, MarineTraffic is really cool and you should poke around on it. Seeing the sheer number of ships in the water at any time is pretty wild.