A friend of mine posted the following picture on Facebook: 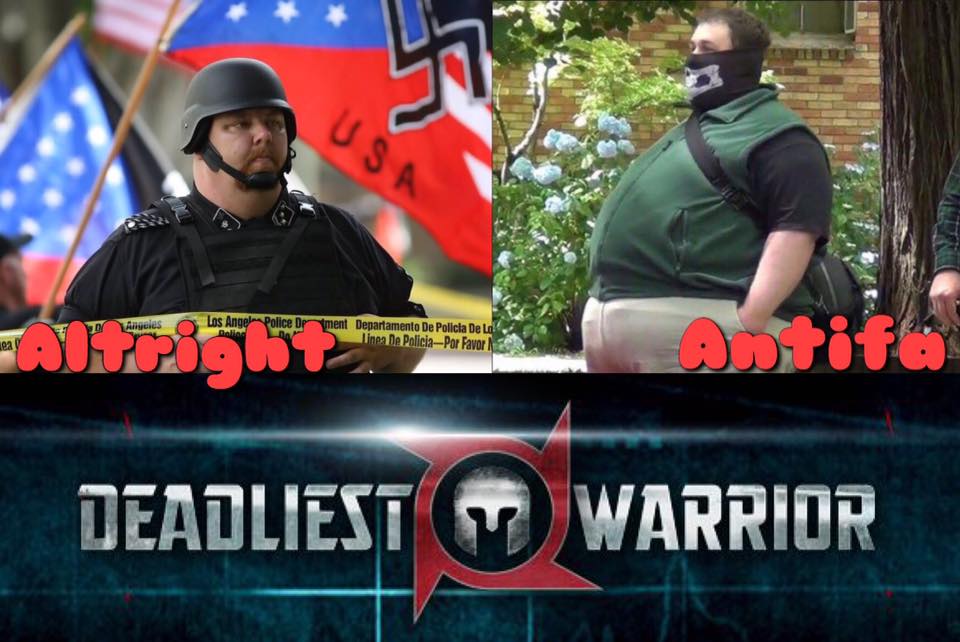 It really does illustrate a first world problem. Between the militias, III%ers, Neo-Nazis, Antifa, and a handful of other groups there are a lot of Americans who want to be militants. However many (if not most) of these individuals have enjoyed an overabundance of food and a luxurious lifestyle that has allowed them to avoid physical labor so they’re too obese to fight anybody besides other obese Americans.