I recently came across an image on Facebook that sums up the true nature of rights. 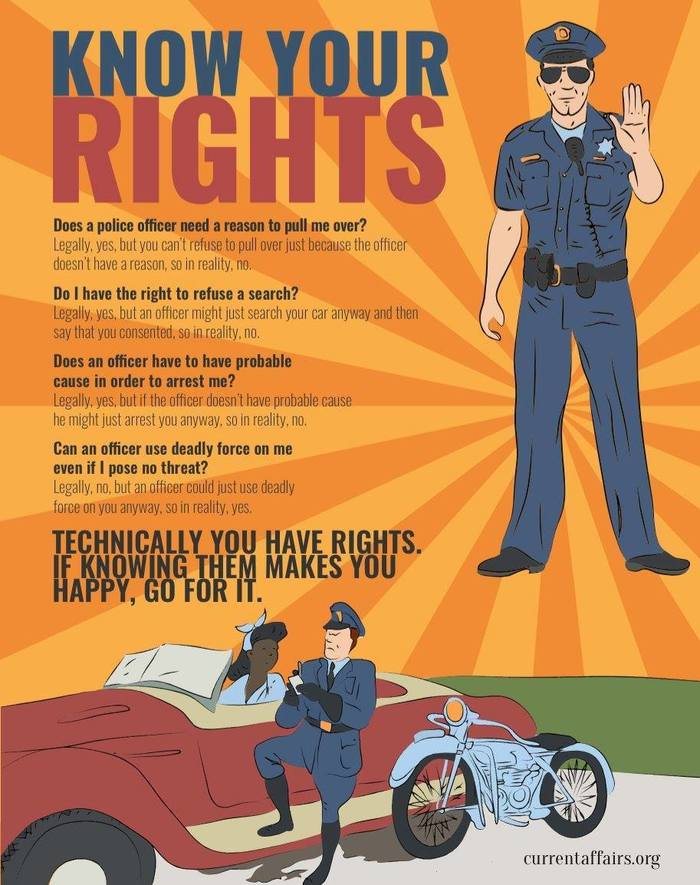 To quote George Carlin, “Folks I hate to spoil your fun, but there’s no such thing as rights. They’re imaginary. We made them up. Like the boogie man. Like Three Little Pigs, Pinocchio, Mother Goose, shit like that. Rights are an idea. They’re just imaginary.”