Everytown for Gun Safety is not happy about Cody Wilson’s recent court victory and have started a campaign asking its members to write Secretary Pompeo to encourage him to “stop the release of downloadable files that will allow people, including convicted felons and terrorists, to make untraceable guns on their 3D printers.” 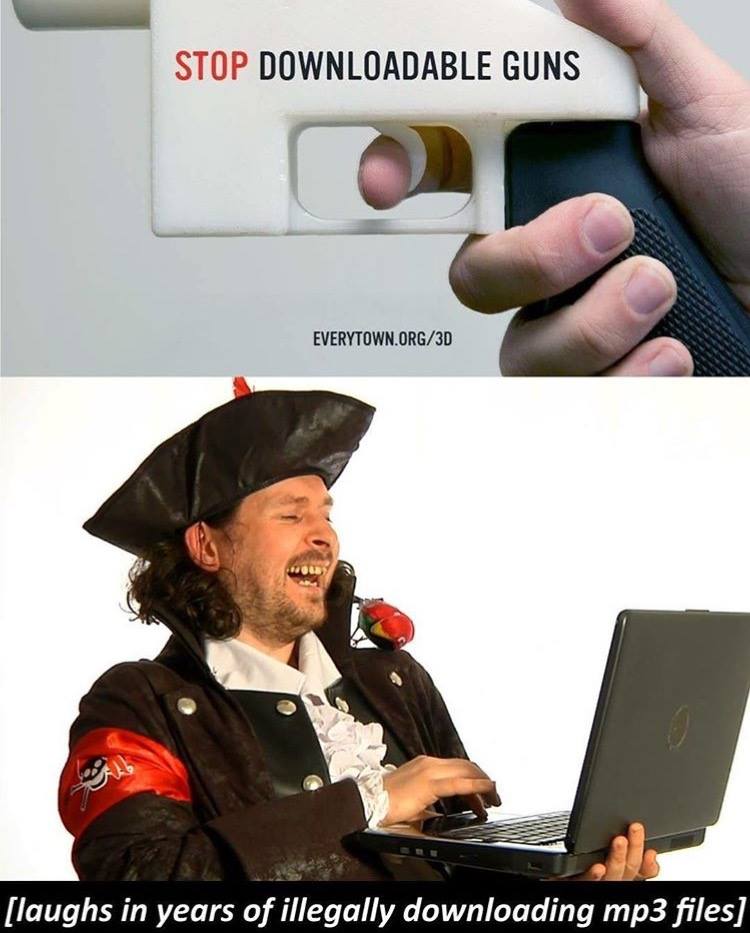 It’s fun watching a gun control organization screech ineffectively. There is literally no way that any government official can stop the release of something that has already been released. Cody Wilson didn’t sit on the files he used to print the original Liberator, he released them to the Internet and a lot of people, myself included, downloaded a copy. Even if Pompeo could issue a decree to make downloading and sharing the files illegal, it wouldn’t stop the file’s proliferation. As we’ve seen with other illegal content, namely pirated music and movies, laws have no power to stop illegal downloading. The battle against the spread of 3D printer files for firearms is a battle that cannot be won.

One thought on “Ineffective Screeching”