The United Kingdom may have chickened out but our good allies al-Qaeda and France still have our backs when we decide to bomb the Syrian government back to an agrarian society! One may wonder why we want to involve ourselves further in the Middle East. Isn’t that region a kettle of bad international relationships ready to boil over? My friends, I am here to tell you that it is not. In fact understanding Middle Eastern relationships is so easy one need only look at this chart, which was created by an Egyptian blogger called The Big Pharaoh: 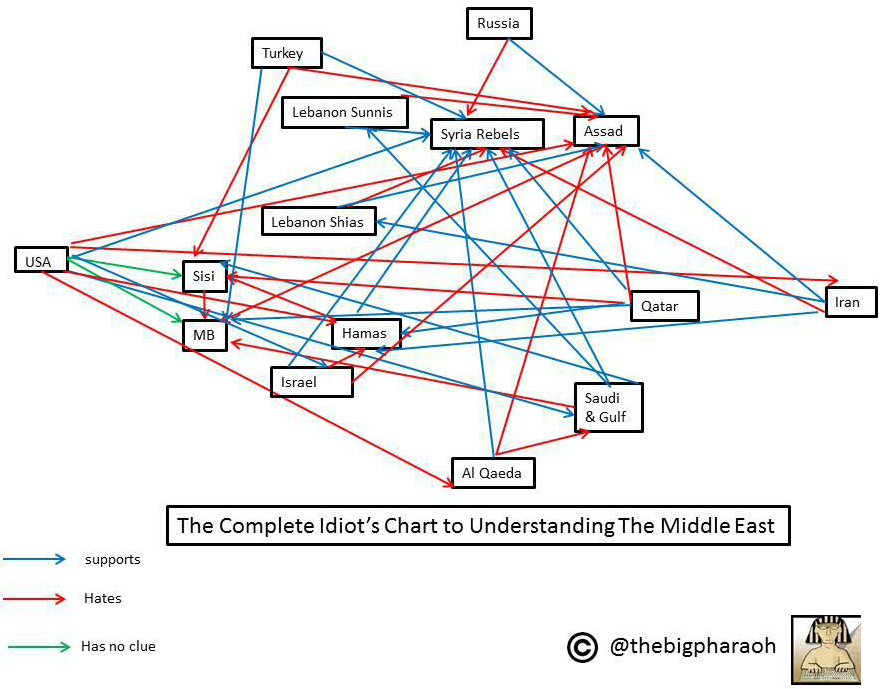 See, isn’t that simple? Who wouldn’t want to involve themselves with that mess? Hell, this is easier than involving one’s self with a particularly nasty love triangle. I’m sure no bad consequences would arise from invading yet another Middle Eastern country.