If ever there was a reason to think Keith Alexander, head of the National Security Agency (NSA), was insane the recently leaked photographs of his Information Dominance Center (yes, that’s its actual name) would be it:

It has been previously reported that the mentality of NSA chief Gen. Keith Alexander is captured by his motto “Collect it All”. It’s a get-everything approach he pioneered first when aimed at an enemy population in the middle of a war zone in Iraq, one he has now imported onto US soil, aimed at the domestic population and everyone else.

But a perhaps even more disturbing and revealing vignette into the spy chief’s mind comes from a new Foreign Policy article describing what the journal calls his “all-out, barely-legal drive to build the ultimate spy machine”. The article describes how even his NSA peers see him as a “cowboy” willing to play fast and loose with legal limits in order to construct a system of ubiquitous surveillance. But the personality driving all of this – not just Alexander’s but much of Washington’s – is perhaps best captured by this one passage, highlighted by PBS’ News Hour in a post entitled: “NSA director modeled war room after Star Trek’s Enterprise”. 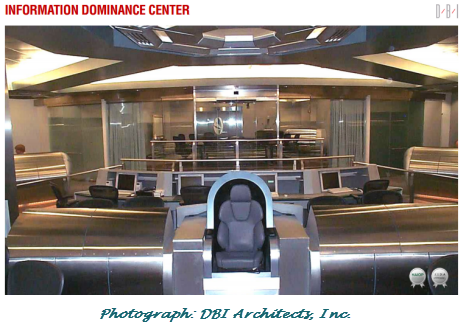 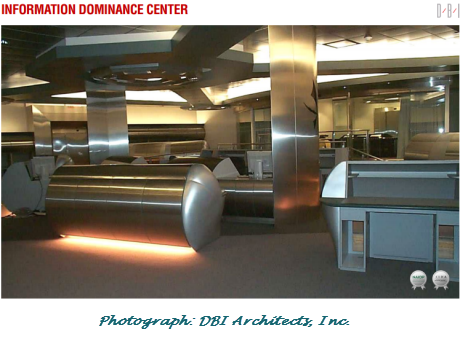 That thing looks like a Bollywood ripoff of the Starship Enterprise’s deck. I half expect several prominent Indian actors to appear periodically to perform random musical numbers and the crew to engage men wearing green rubber masks in an attempt to pass themselves off as aliens. What makes this depressing is that the Information Dominance Center looks Bollywood but has a cost that more accurate reflects Hollywood. It’s like somebody was given a massive budget and ended up turning out a shitty movie. I wonder if Kevin Costner is part of General Alexander’s command.

Perhaps it’s time to fun the construction of a great spaceship for Mr. Alexander. Even I would support such a project because it would give Mr. Alexander the spaceship he wants and get him off of my planet. That’s a win-win scenario if there ever was one.