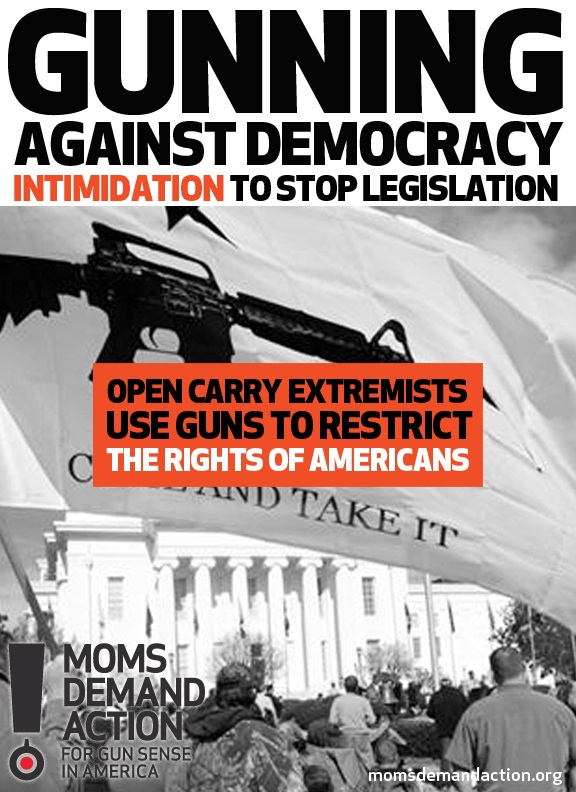 The irony is almost thick enough to drown in. Let’s consider what Moms Demand Action is, well, demanding. The organization has been pushing several gun control initiatives including a renewal of the “assault” weapon ban, a ban on standard capacity magazines, universal background checks, and a ban based on an arbitrarily selected bore diameter (one half of an inch). What do all of these things have in common? They requires the government to use its guns to enforce. In other words Moms Demand Action are trying to use the government’s guns to restrict the rights of Americans.