If you pay attention to world affairs then you’ve probably heard about the protests going on in Ukraine. Things aren’t looking good. Take, for example, this picture: 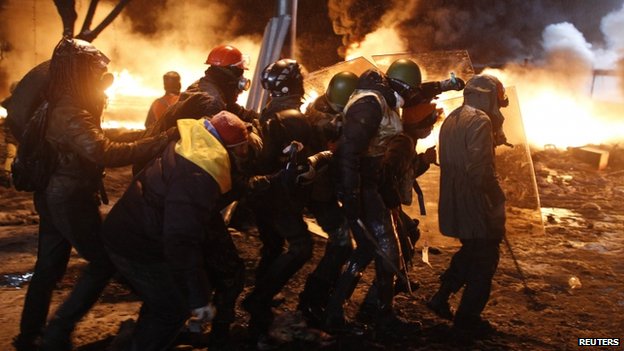 Wait just a bloody minute. What the fuck is this: 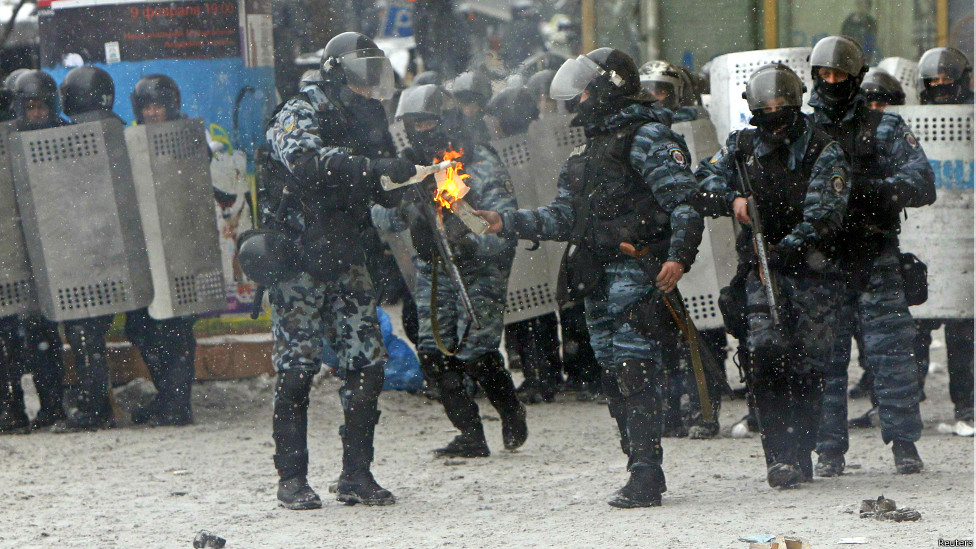 Huh. Isn’t that something? It almost looks as if the police are lighting up a petrol bomb. I wonder what they’re doing with that? Obviously they’re not tossing petrol bombs to frame protesters and give themselves an excuse to thump some skulls.

Yes, that last paragraph was dripping with sarcasm. It appears as though the cops in the second picture are, in fact, lighting up petrol bombs with the intention of framing some protesters. Somebody cop apologist will likely point out that the authenticity of this picture is in question. As I’m not in Ukraine at the moment I cannot verify the authenticity of this particular image. But, at the same time, I have every reason to believe that this is something the police in Ukraine would do. After all, these are the same cops that have been using water cannons in the dead of winter.

The important thing to take away from this post is that the news we’re getting from official channels is likely biased towards the Ukrainian rulers. There is another side to this story as there are with most stories.

One thought on “Meanwhile In Ukraine”