By today’s standards the Vatican’s Swiss Guard look goofy as fuck. While their purple and yellow uniforms look as out of place in today’s world as plated mail their weapons, at least the ones stored in the armory, are pretty modern:

Rifles of the Swiss Guard have long been whatever is standard with the Swiss Army. Since 1990, that has meant the SIG SG550 rifle. This 5.56mm NATO select-fire rifle has a 20.8-inch barrel and is one of the most accurate and reliable modern combat rifles. Its 30-round clear lexan magazines clip together like ‘jungle mag’ style for rapid exchanges. The Guard owns both the standard StW90 rifle variant and the SG 552 Commando model (with 8.9-inch barrel, 19.8-inches overall with stock folded). With the Swiss military tradition of marksmanship, it’s guaranteed that these soldiers can use them if needed.

In the 1970s, these guns were augmented by HK MP5s from West Germany, one of the first instances of the Guard using non-Swiss made guns. Today the Guard now carries the ultra-modern HK MP7 PDW chambered in 4.6×30mm. This is a good choice as these same types are used by US Navy Seals, German GSG9 and just about anyone who doesn’t agree with Jerry Tsai.

The article has many pictures of the Swiss Guard and the armory, which is full of both modern and historical weaponry. Where else in the world will you see rifles like this: 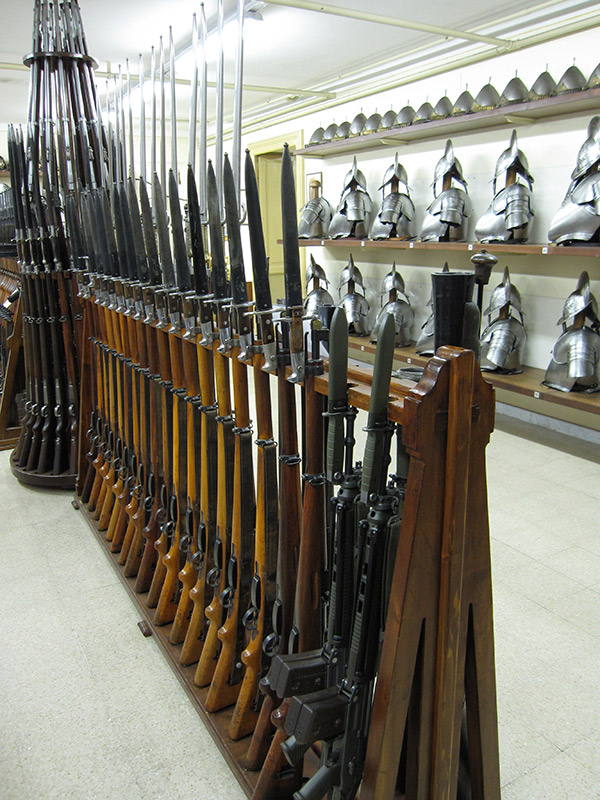 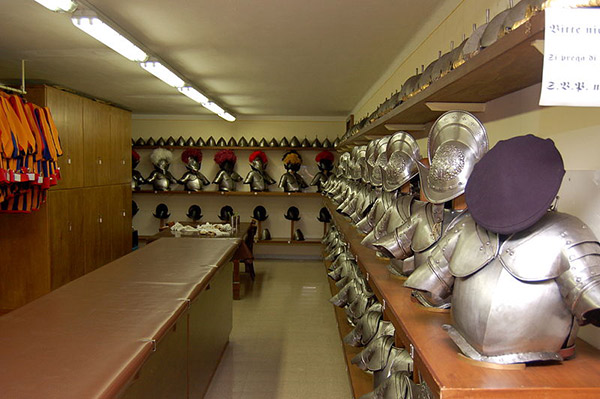 The Vatican’s Swiss Guard even have Glock 19s with the Vatican seal imprinted on the slide (you can’t go to Hell for shooting somebody with one of those, right). I would love to have an opportunity to tour the centuries of history that that armory (and the Vatican itself) contains.