Ukraine is looking to be the start of Cold War II. Not surprisingly, just as was common during the Cold War, the United States is looking to back some really nice guys. On the anti-Russia side, which means our side, we have Prime Minister Arseniy Yatseniuk who looks like a pissant tyrant in the making. 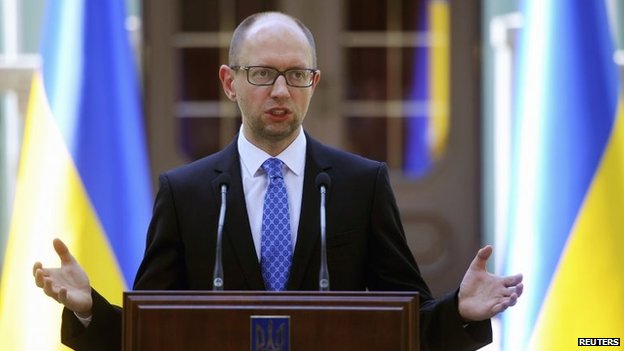 Mr. Yatseniuk has announced that his regime is going to begin loyalty screenings in a McCarthyistic attempt to remove all wrongthinkers:

Ukraine will screen about one million civil servants to root out corrupt practices from the past, Prime Minister Arseniy Yatseniuk has said.

The parliament passed a law on Tuesday, allowing the removal of government officials from their posts.

All those who worked under ousted President Viktor Yanukovych and also former senior Communist and KGB members will be affected.

Like all tyrants Mr. Yatseniuk is selling his loyalty screenings as a narrowly focused effort to remove potentially destabilizing Russian sympathizers. But history has shown that loyalty screenings have a way of going from narrowly focused to so broadly focused that only personal friends of the ruling party members keep from being sent to the camps. Even if these screenings go to that extent we will sweep it under the rug because his regime isn’t supported by Russia and as we learned with America’s support of Pol Pot anybody who is against Russia, no matter how heinous, will receive America’s backing.