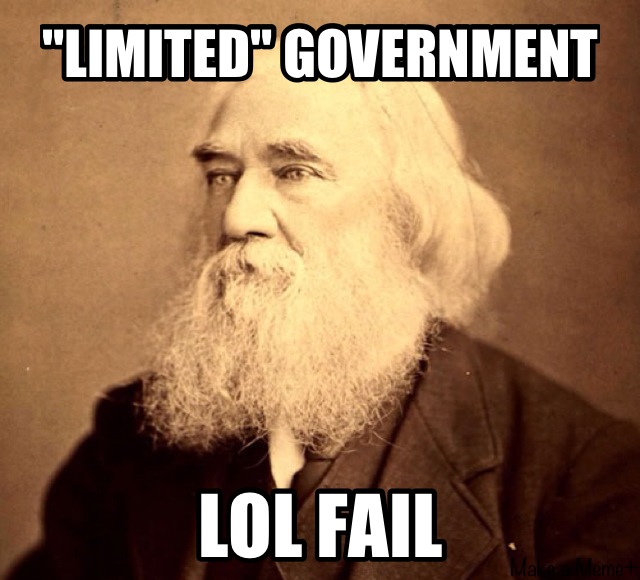 The Constitution is holy scripture to many Americans. Within its pages lies the secrets everlasting freedom, prosperity, and happiness according to its worshipers. I’m not one of those worshipers. I used to be. But then I actually read the document and thought about what it actually said. Two clauses I like to point out as examples of the Constitution not being a government limiting document are Article III, which establishes the Supreme Court, and the Taxing and Spending Clause, which gives Congress the power to tax.

The wonderful writers over at The Art of Not Being Government wrote an excellent article, or as many constitutionalists will call it heresy, refuting some of the claims made about the Constitution. Especially noteworthy are the myths regarding the origin of the document. Many people mistakenly believe that the Constitution was created to protect individual liberty and create a small federal government. In reality it was a massive power grab perpetrated by individuals who really missed having a king to rule over all, as the Taxing and Spending Clause shows.

I recommend you click on the link and read the article. Especially if you are a constitutionalists. It makes some very good points that are seldom covered in any class or course on the Constitution.