It’s amazing how much drama can be caused by a colored piece of cloth. If you live in the United States there is a particular colorization that is either rallied behind or cursed. That colorization is the flag of the Confederate States of America.

One side believes the flag represents states’ rights, small government, and just secession. The other side believes the flag represents slavery. Both sides provide good arguments but I have to agree with this article. If you’re flying a Confederate flag you are an asshole. But I won’t stop there. I also believe flying a United States flag makes you just as much of an asshole. Why? Because the United States has done some downright atrocious shit. It all but wiped out the indigenous people of this continent, put Japanese Americans into camps, actually used nuclear weapons against civilian targets, has the highest prison population in the world, and is actively bombing people in the Middle East just because.

Flags, at least ones that represent states, are stupid: 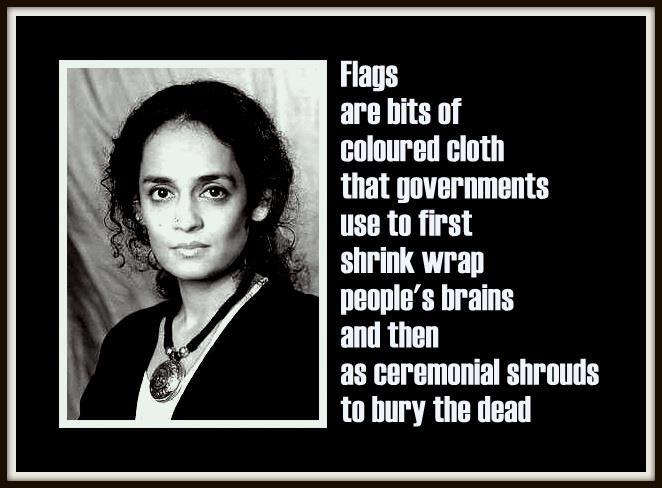 A state flag is a representation of subjugation. It is a symbol of one group of people holding power over everybody else. The United States flag, for example, symbolizes the handful of individuals who inhabit the marble buildings of Washington DC. With little more than strokes of their pens they issue decrees that are backed at the barrel of a gun. But they try to convince people that the flag represents freedom. What freedom is there in a system where a handful of individuals hold power over everybody else?

So go ahead, keep arguing about which flag is better. And while you’re at it you might as well argue whether Stalin or Pol Pot was a better human being. In either case you’re arguing trivialities that miss the big picture.