Most people have probably heard that Apple is no long able to bypass a device’s encryption and Google has announced the same feature will appear in the next release of Android. Anybody with a modicum of intelligence is glad to hear this but there are a few dipships who think this is a bad feature. Take this fool for example:

How to resolve this? A police “back door” for all smartphones is undesirable — a back door can and will be exploited by bad guys, too. However, with all their wizardry, perhaps Apple and Google could invent a kind of secure golden key they would retain and use only when a court has approved a search warrant. Ultimately, Congress could act and force the issue, but we’d rather see it resolved in law enforcement collaboration with the manufacturers and in a way that protects all three of the forces at work: technology, privacy and rule of law. 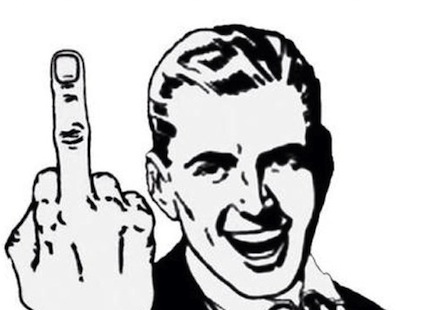 That’s right, fuck this guy and his idea. There is no magical security mechanism that can allow only legitimate bypasses. If there is a back door then it can, as a matter of fact, be abused. Even if malicious third parties were unable to access the system it would still be ripe for abuse by law enforcement agents, which have a notable history of abusing power.

Here’s my idea for a compromise. Apple and Google should not implement any back door and in return law enforcement agents can deal with the fact that they can’t access our personal data on our devices. How’s that for a compromise?

2 thoughts on “Here’s Some Compromise”