Yesterday, around 14:00, a bunch of people went and got themselves in a tizzy over something that wasn’t directly impacting them. That thing was a protest of the killings of Michael Brown and Eric Garner. Why were people complaining about the protests? Because it shutdown 35W, which is something that hasn’t happened since the Vietnam War:

With her 10-month-old daughter wrapped snugly at her chest, Mari Fitch marched three miles through Minneapolis on Thursday, most of it up the center of an empty Interstate 35W shut down by protest for the first time since the Vietnam War.

Along with about 150 other demonstrators, some carrying signs that read “Black lives matter,” she chanted the names of Michael Brown and Eric Garner, two men killed in fatal confrontations with police officers. The protesters pumped their fists and shouted messages about justice, referencing two grand juries’ decisions not to indict the officers involved in Brown’s and Garner’s deaths.

The high-profile rally had echoes of protests that have sprouted up in other cities around the country, often fueled by crowds enraged by what they say is unfair and often lethal treatment of minorities.

Apparently having a major highway shutdown while you’re sitting at work is very rage inducing for some people. But this protest was an event made inevitable by the pathetic attempts of authority figures trying to impose order on us. Us Discordians know the Law of Eristic Escalation, which states the imposition of order equals the escalation of chaos. And it was that law that we saw in action yesterday.

For ages now the media has been doing its part to help those assholes in marble buildings impose their order. Besides lying for their benefit the media has also done a great job of avoiding covering protests of things that may be politically inconvenient. Protests against police brutality and war may get coverage on the back pages of the newspaper or a quick quip on the nightly news but rarely do they receive more. This has rendered convenient protests, those protests that fail to negatively impact our lives, worthless. Those who make convenient protest impossible will make inconvenient protest inevitable.

Sick of not having their voices heard yesterday’s protests decided to do something the media couldn’t ignore: block a major highway. And it worked. Not only was the news covering it but people were talking about it. In the end chaos sprang forth and got everybody attention, which was the entire point of the protest. 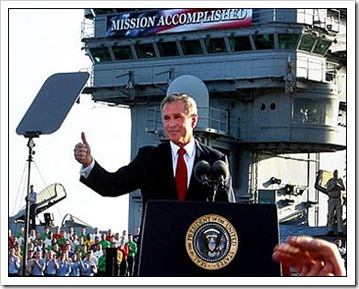 Posted with the greatest sense of irony.

And if you didn’t like this protest you’re probably not going to enjoy almost certain protests that will be springing up as police militarization continues to spiral out of control.