Earlier this week the Star Tribune said it had confirmed that Philando Castile had a carry permit. The boot lickers called this claim into question as well because the source was anonymous (due to the privacy laws surrounding permit holder data in Minnesota anybody with access to the data who shares it can get into trouble). However, the family of Castile has released a copy of the letter sent by the Hennepin County Sheriffs Office when they issued Castile his permit. 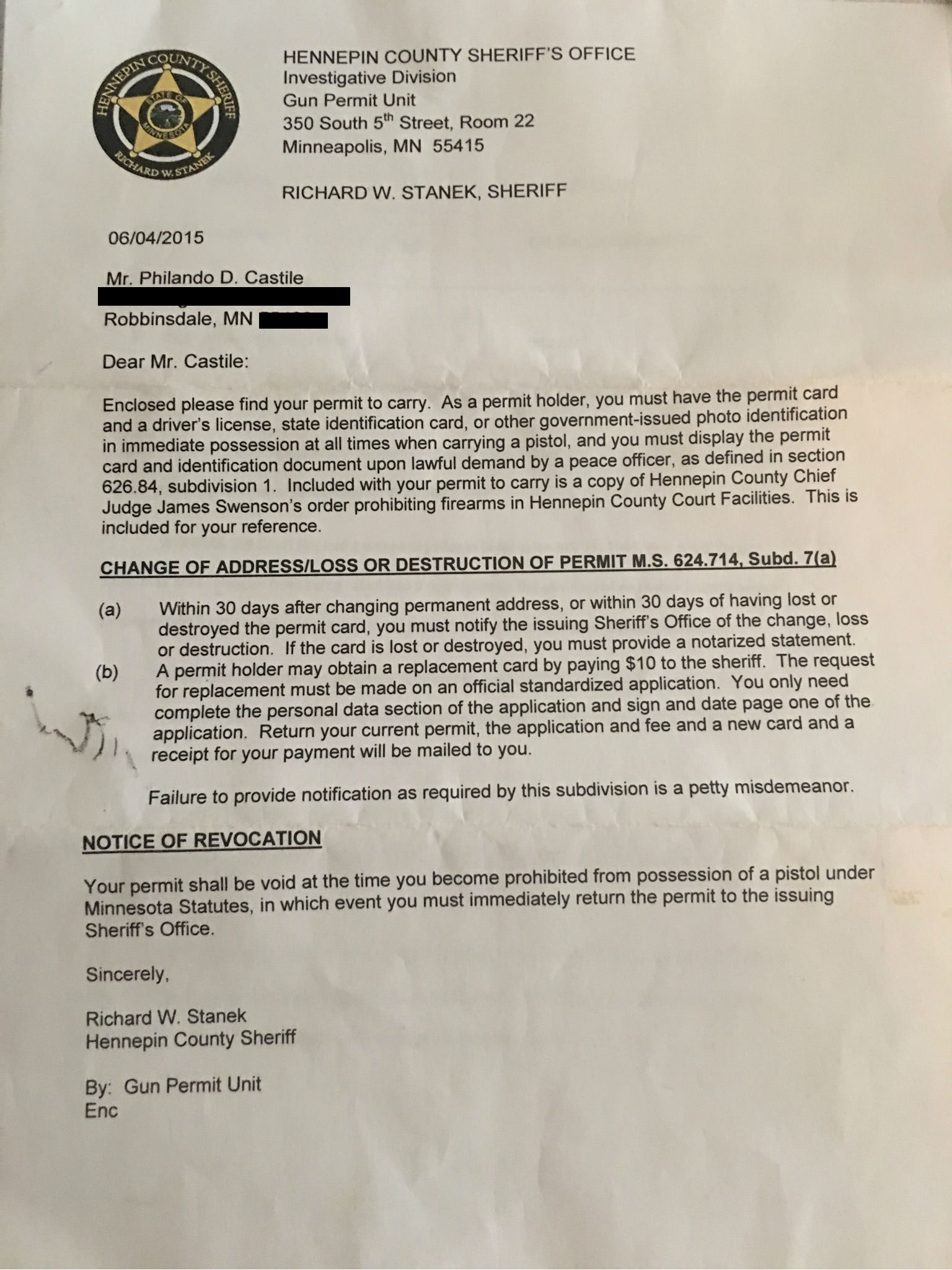 I think we can put the issue of whether or not Castile had a carry permit to bed now.