Throughout much of the country people are rushing to (OK, trickling into) their designated state worship facilities. Here they will perform the statist pagan ritual of voting. What is voting? I’ll let Uncle Spidy explain it : 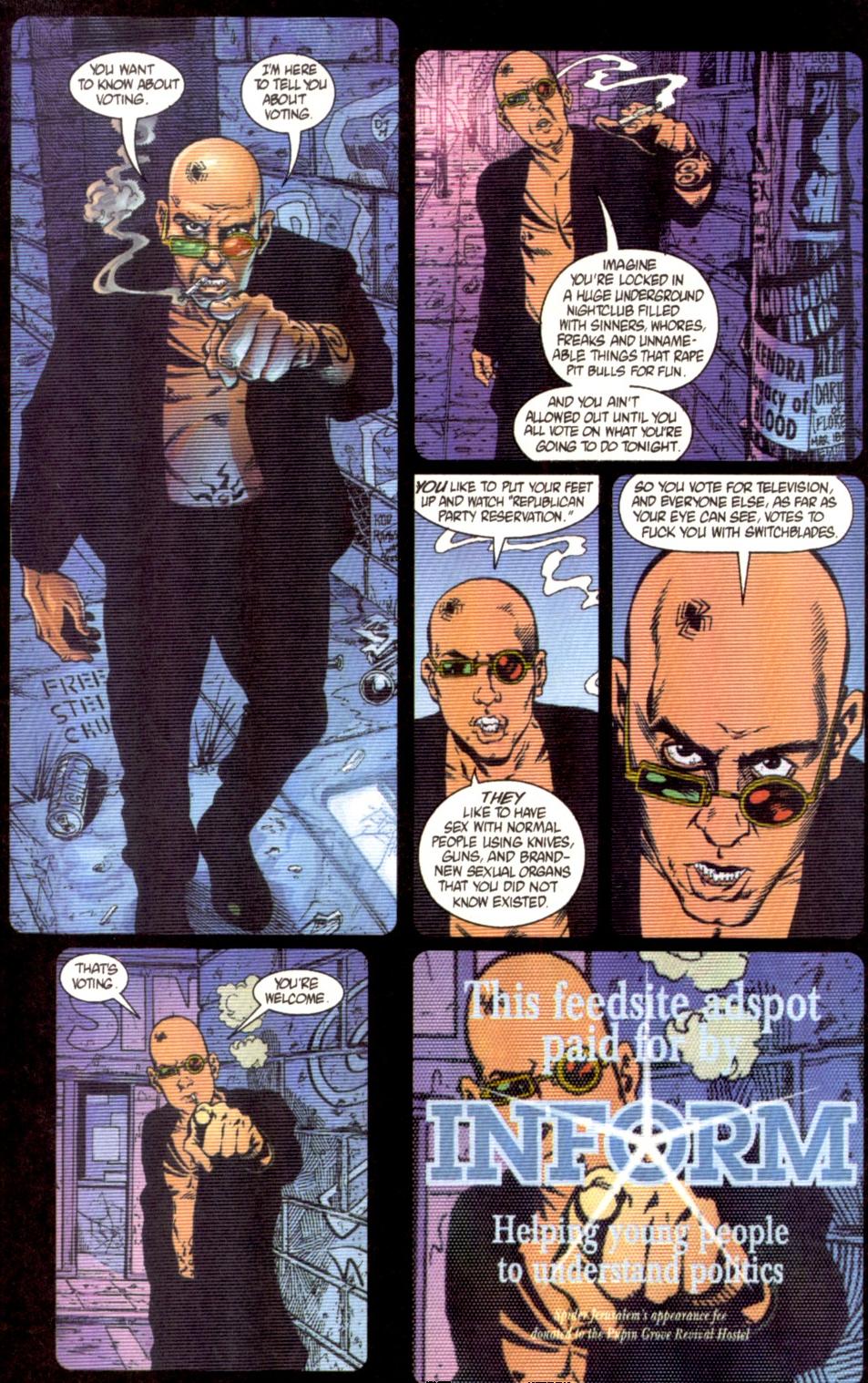 Yes, you’re effectively going to the polls to say you want to watch television while everybody else is voting to fuck you with switchblades. To that end I have prepared a voting guide for my fellow Minnesotans.

The only notable race being discussed is the Minneapolis mayoral race. If you’re going to vote please note that the only candidate on that long list of candidates that’s awesome is Kurtis Hanna. He’s running under the Pirate Party banner and was the executive director of Minnesota National Organization for the Reform of Marijuana Laws (MNNORML). Having a mayor that wants to change intellectual property laws and legalize cannabis is about as awesome as you can get. Also, he’s a personal friend of mine, which automatically makes him awesome.

What else can I say? Honestly, stay home. You chances of getting killed in a car accident on your way to the polling place is far greater than the chance that your vote is going to make any difference. As I said yesterday, we’re not voting our way out of this. Instead of wasting time at the polling place do something productive. Read a book, look into agorism, go to the range, or wash your hair. Let’s stop playing their game and play our own. After all, it is the 5th of November. We should be celebrate the holiday appropriately, which involves drinking and bonfires, not voting.

The aftermath of shootings are predictable. Government agents and their cronies go on spiels about how we need to reduce the number of guns. At the same time they’re telling us that they need more guns:

“Every local airport has its own security arrangement with local police to some type of contract security force,” said J. David Cox Sr., president of the American Federation of Government Employees, which represents the screeners. “There is no standardization throughout the country. Every airport operates differently. Obviously at L.A. there were a fair number of local police officers there.”

You have to love the state’s logic. It tells us that guns are both good and evil, that we need more and less, and that two plus two equals five. I think the rampant inconsistency inherit in statism is a major part of what I’m an anarchist.

There is also some dark humor to be found in the fact that the state wants to have more armed guards after every shooting but doesn’t want more people outside of its employ carrying guns. Apparently our lives aren’t as valuable as theirs.

I don’t know people appreciate the sheer size of the failure that is the Affordable Care Act (ACA) online marketplace. The website cost somewhere between $170 million and $292 million and the only thing the government has to show for it is proof that simply throwing money at a development team doesn’t result in a quality product. On the website’s first day there were only six people able to sign up for an ACA insurance plan:

That’s according to new documents released by the House Oversight Committee, which is investigating the website’s bumpy launch. Slow loading times, bugs, and errors prevented an unknown number of Americans from shopping for health insurance. The website had 4.7 million visits in the first 24 hours, the administration says.

Only six people out of 4.7 million visitors were able to sign up. That’s an approximate success rate of 0.0001 percent. From a purely technical standpoint this kind of failure is hard to quantify as far as scale. Spending hundreds of millions of dollars on a website should get you sometime like Google or Amazon, both of which provide almost 24/7 up time while servicing more customer in a day than Healthcare.gov is likely to see in its lifetime.

Were Healthcare.gov a private sector website this failure would have likely resulted in a flurry of firings and lawsuits. But since it’s a government website the only thing we’re going to see is even more money dumped into it.

How many times has somebody asked you to vote for one person or another? People still seem to think that we can vote our way out of America’s downward spiral. This is a fairytale. Even if we put aside the fact that the two major political parties have the entire system locked up we still have to face the fact most of the major powers in the political system aren’t elected, they’re appointed. Former lobbyists seem to constantly find their ways positions of power. They go from persuading politicians to pass laws to creating and enforcing regulations themselves. The newest chairman of the Federal Communications Commission (FCC), for example, happens to have been employed as a lobbyist for the cable and cellular industries:

Tom Wheeler will take over as chairman of the Federal Communications Commission after receiving unanimous approval by the Senate today.

A vote on his confirmation “was delayed for two weeks by Sen. Ted Cruz (R-Texas), who expressed concern about Wheeler’s views on political disclosure rules,” The Hill reported after tonight’s vote. “Cruz lifted his objection after Wheeler assured him in a private meeting Tuesday that tougher disclosure requirements for the donors behind political TV ads are ‘not a priority’ for him.”

Obviously this doesn’t bode well for companies like Netflix or cheaper cellular competitors. In fact I assume regulations will be created and/or enforced in such a way that companies such as Time Warmer, Comcast, AT&T, and Verizon will become much more powerful while their competitors languish or die off altogether. We’ve seen this story play out a thousand times before and it will most likely play out a few more times before this country collapses under its own regulatory weight.

It’s Monday and my weekend wasn’t swamped, which means it’s time for another installment of Monday Metal. This week our feature is a song by Tengger Cavalry, a black folk metal band from northern Asia. Tengger Cavalry has a pretty unique sound as far as metal goes:

I spent my entire Halloween evening helping a friend move from a shitty living situation to a far better one. That being the case I didn’t have time or energy to write anything. Maybe I’ll post some material later or maybe I won’t. In the mean time I do have a little good news. It appears that the National Security Agency (NSA) is going to Hell:

ROME — The National Security Agency spied on cardinals as they prepared to select the new pope — perhaps including even Cardinal Jorge Bergoglio, who emerged from last spring’s conclave as Pope Francis, a leading Italian news magazine reported in Wednesday’s (Oct. 30) editions.